A row of bay windows in San Francisco.

When you picture a residential street in San Francisco, it’s likely that your brain conjures up a row of ornate, colorfully painted Victorian homes all tucked together on a steep hill. But there’s a key feature of this image that’s easy to overlook, though it would make the scene very odd without it. A curving bay window wrapped into the facade is a signature piece of Bay Area architecture — even if it really doesn’t have anything to do with the Bay Area at all.

The quintessential bay window isn’t just found on Victorians — more on that later — but it’s become as synonymous with the Bay Area as fog or the Golden Gate bridge. The style of windows actually predates the Bay Area. It’s unclear when exactly bay windows were “invented,” but they rose in popularity during the English Renaissance, booming during the early 16th century to the early 17th century. This explains why the windows are still found so frequently in cities across the globe, with notable prevalence in the U.K. and later in New England.

The bay window most San Franciscans think of — the one exhibited on a classic Victorian like the Painted Ladies, for example — is a specific type of two shorter windows and one longer window that come together at angles to form a “bay.” Tim Kelley, a consultant and historic preservation advocate in San Francisco, said they began appearing in the city in the late 1880s.

They continued in popularity through the Victorian era, when so much of the architecture was lauded for its function. “You get more light when you incorporate a bay window, and Victorians took advantage of that,” Bonnie Spindler, a real estate agent and “the Victorian Specialist” of San Francisco, said. “At the time they were built, [residents] were relying on gas lighting, and the interiors were painted dark to cover up soot from the gas lights and soot from coal burning.”

She said this particularly helped in foggy San Francisco.

The way that the windows jutted out beyond the building also allowed for extra space. “While bay windows have aesthetic (shape) and functional (natural light and views) characteristics that contribute to their iconic status in San Francisco architecture past and present, there is an economic motivation for bay windows that is often overlooked,” said Steven Doctors, an assistant professor of architecture at the University of San Francisco. “... Bay windows efficiently increase the square footage of a building, often by projecting beyond the property line into the air space above the public sidewalk. This 'free' space within the public realm increases the square footage of the building, thereby increasing its economic value or rental income to the private property owner.” 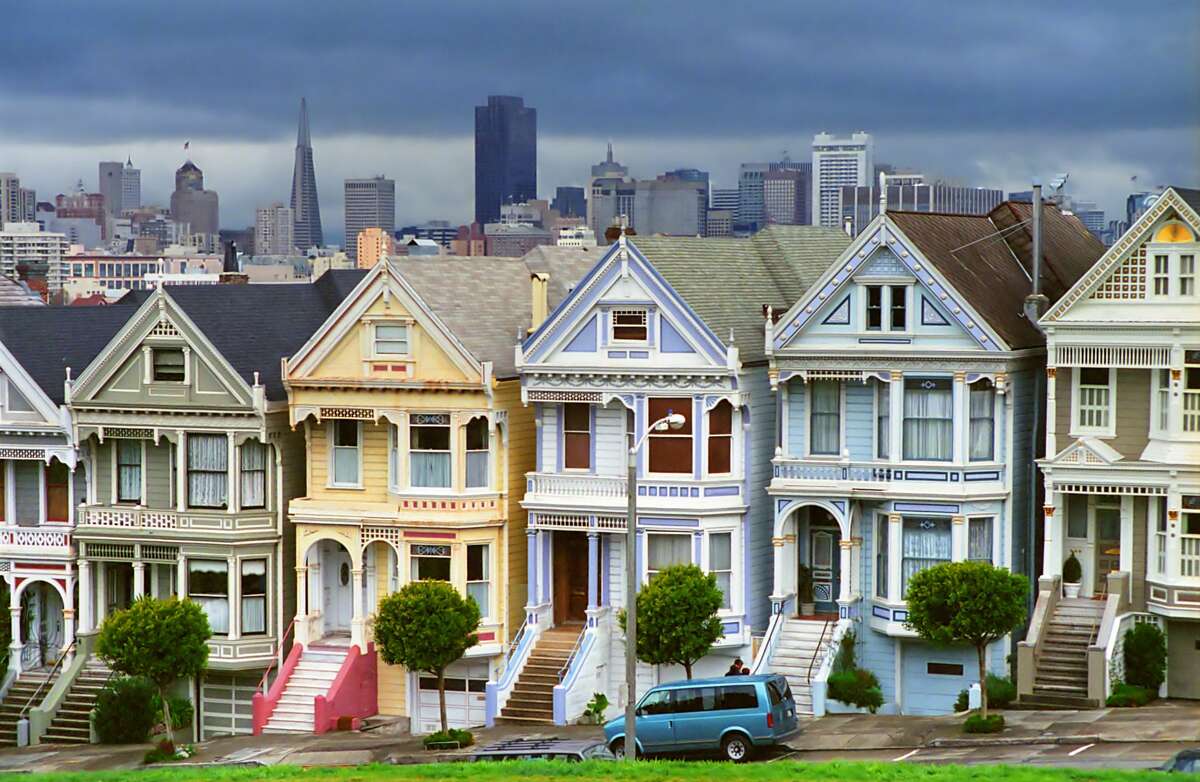 San Francisco is also known for its preservation of older homes, and a lot of what’s preserved has been old Edwardian and Victorian houses, where bay windows are common, Spindler said.

There’s also an obvious reason bay windows are mistakenly synonymous with the Bay Area — it’s in the name. “We’re the Bay Area and they are bay windows,” Spindler said. “There are lots of other bays, but we’re probably the most famous bay.”

Today, bay windows are more common in San Francisco than Victorian houses, and they come in all types of styles and sizes. They can be found on art deco, marina-style and even some Tudor revival houses, though many may utilize more of a bow window, which includes four or more windows to create more of a rounded arc. Either way, the homes still accomplish their original intention — more light and more square footage.

Bay windows are not only quintessential Bay Area, they’re so beloved they even increase a home’s value, Spindler said. She said they’re right up there with fireplaces on people’s most loved features list when they’re looking to purchase real estate. But, the windows have something incredibly unique that almost no other feature has. “It’s really bay windows that catch your attention from the outside of the building and catch your attention from the inside of the building,” she said. “There are very few features that travel from inside to out.”